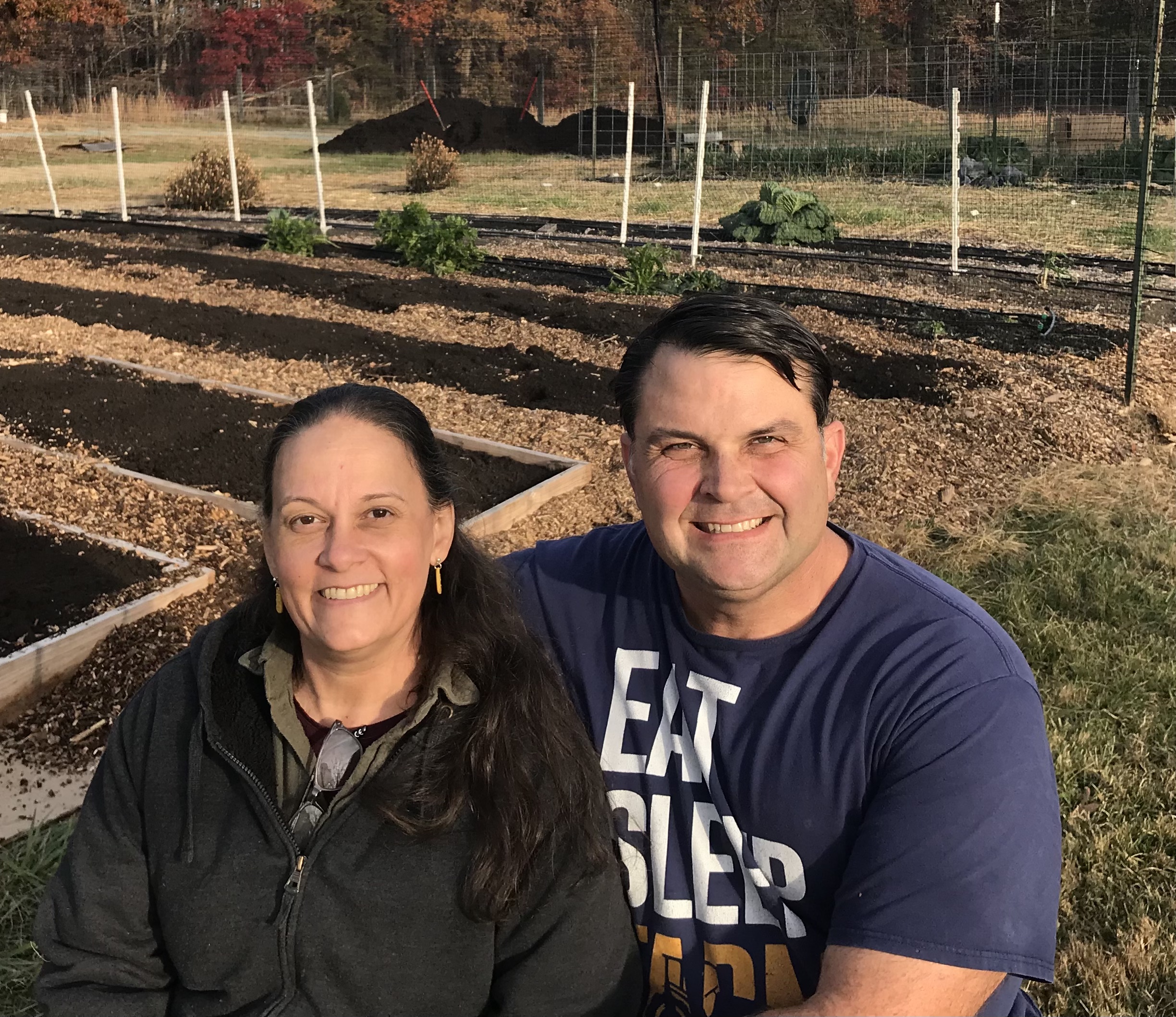 Barbara and Dewey met in 2006 while deployed to Kuwait with the U.S. Army.  They married in 2007 at Ft Leavenworth, KS.  Barbara was born in Laredo, TX but grew up in an Air Force / airline family living in various parts of the U.S.   Dewey was born in Portland, OR but raised in Yakima, WA.  Both started their Army careers before graduating college and served over 25 years each (Barbara retired in 2016 and Dewey in 2018); retiring in Northern Virginia.  Their blended family now consists of four older children (20-27 years old, two boys and two girls), and two granddaughters.  All the children, except one boy, and both of their mothers have relocated to Palmyra, VA (20 min southeast of Charlottesville, VA

Dewey and Barbara are first generation farmers.  They enjoy working and living life together and see farming as a way to spend more time together while producing healthier / more nutritious foods.  Using organic and regenerative practices, they want to create a diversified farm focused on raising medicinal herbs, produce and livestock.  The initial focus is vegetables, an apiary, chickens, and medicinal herbs; later possibly expanding to small ruminants and pigs.  In vegetable production, Barbara is more of the planner and grower while Dewey focuses more on infrastructure and helping Barbara with planting, weeding, and harvesting.

In 2018, after scouting various parts of VA, they found a 62-acre farm (aprox 60% woods that could be used for agroforestry) with great ‘bones’ near Palmyra, VA (20 min southeast of Charlottesville, VA) that has been overgrazed and not well maintained.  They have been planning and setting up the farm with the intent of starting full time farming in 2022 (still on track).  No house existed on the farm at the time of purchase.  Their house is supposed to be completed in early December 2021.  Since deciding to become farmers and purchasing the farm they have read numerous books and attended numerous online / in-person training courses including the Arcadia Veteran Farmer Program (class of 2019), Natural Beekeeping with Dr. Leo Sharashkin, Regrarians On-line REX Farm Planning Course, and the Mother Earth Health Conference.

Building a sustainable foodshed from farm and fishery to table

Schedule at a Glance

Future Harvest offers a host of resources designed to help you navigate and contribute to a sustainable food economy in the Chesapeake.

Find a Farmer or Market Map